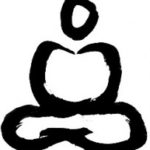 If you are on a spiritual path an important tool is meditation. Often, people take to meditation when they hit their down-cycle, and leave it by the wayside when things get better. While meditation is not for all, it is not because they cannot meditate but rather because they will not. Many believe they will begin after retirement when they have nothing else to do and to them I say don’t bother, because meditation is a tool to help you face life, and is better learned when you are young, before life’s difficulties hit you. Take to meditation, to pranayama and knowledge in the up-cycle. That way, the down-cycle will not affect you as deeply. Meditation is easy and effortless if you are guided into it skilfully and then, like any other technique it grows with practice. Here are some positive effects of meditation.

Holding onto  a dream

Publishing When the Lotus Blooms was the realization of a dream. Many felt I would not be able to do it but I had supreme confidence in myself as a story teller. In spite of a million setbacks I self published in the US and got Supernova Publishers in India to market my book. Over 3000 copies of the book have been sold so far. A small achievement but a dream realized nonetheless.

No book sells unless recommended by someone important and I needed to get a well known name promoting my book. My mother and Lily Tharoor are old friends and through her I managed to get Shashi Tharoor’s office address after which I pestered his secretary for three months. Eventually I got the Foreword which is an added adornment to a book written as an offering of thanks to my first Guru: my mother.

The Power of Meditation

I perhaps would never have realized this latent talent for writing if my mind had continued to swirl in the small mind, with all my problems and daily irritations. Sudarshan Kriya and meditation transformed my life because it quietened the mind sufficiently to allow my natural talent to surface. This jump started my spiritual search and the transformation in my character, my ideals and values was so stark I had to express my gratitude to my spiritual Guru; My master Sri Sri Ravi Shankar without whose guidance my life would have remained colorless. His knowledge sheets became my daily inspiration and the move from the head to the heart was now in motion.

After I received SriSri’s verbal permission to write a book on the movement, I began reaching out to people within the Art of Living who had stories of such transformation. For two years I interviewed over a hundred people from countries like Togo, Argentina, Bosnia and Georgia, men an women with different ethnicities, race and religions affirmations. The common denominator was that all of them practiced the breathing and all experienced the transformation in different aspects of their life.

The Present: a gift from the Divine

The actual book spilled out over two months during which I wrote for 12-14 hours a day. It felt as though it was written through me and I was a mere spectator. Only the Grace of the Divine through my master allowed this to happen. I realized that life takes place in the present moment and all you require is a fistful of faith, gratitude and courage.

Shooting for the stars

In January, I was at the Hyderabad Literary Fair and someone asked me how I got an endorsement from Tharoor for my very first book. I remember laughing and telling them to wait and see how I would get the Dalai Lama to endorse my second. I knew I was aiming out of my reach but I had to try or forever regret my lack of effort. I spoke several times to my publisher and finally persuaded them to write on my behalf to some important people. They made requests to Dr. Karan Singh who immediately obliged with a fabulous message. Both President Abdul Kalam and the Dalai Lama‘s office kept prevaricating. Finally in the beginning of May, Kalam turned down our request and my editor felt nothing was going to come from the Dalai Lama’s office either. I gave up that dream believing it wasn’t in my destiny but within me was that Sankalpa, a tiny spark of intention that the Divine would take care of me because my intention for writing this book was pure.

Mondays always begin with a low note with hundreds of junk emails on my IPhone, so imagine my surprise when I received an email from my editor telling me that patience had paid off. I  continued to read and to my surprise she had attached an email from The Office of the Dalai Lama telling us the committee had reviewed my manuscript and that the Dalai Lama was  happy to endorse the book if we were still interested. My eyes were filled with tears of gratitude.

I must be the luckiest person in this world. I have had the fortune to write about the greatest spiritual leader of our time and am now endorsed by another globally acclaimed spiritual Giant: The kind and compassionate Dalai Lama

It pays to dream